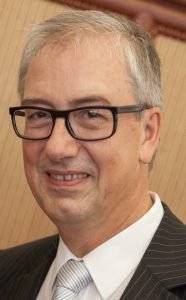 Berthold Herrmann is an attorney at law in Zurich. He has a license to practice law in Switzerland and Germany. After his final exam in 1984, he became a public prosecutor for the Federal State of Hamburg in Germany. 1989 became a judge and later at the District Court be became president of a chamber. After graduation from the School of Law at Hamburg University in 1981, he started teaching there part-time. About ten years later, he reduced his position as a judge to 50 % and became a professor at the law school. Since 1986 he has been a member of the state examination office to examine law students during the last three years as president of an examination chamber. 2008 he joined the Hanseatic Bar Association in Hamburg and started to practice as an attorney at law in Hamburg and Zurich.